Tangram Pro™ is built to help you solve software integration challenges with tools to understand, adapt, and protect critical systems. Connect your system models to code and validate that what you build matches the design and satisfies requirements — even as they change — with realtime visibility into evolving designs and development. Automatically generate integration code to connect software components across open architecture standards and update system capabilities with less complex, manual development.

Projects in Tangram Pro™ represent models of systems. Within a project you can design a component-based system, and generate code based on your design. Each project is a reusable element that can stand alone as a single design, or be connected with other projects for extended capabilities.

Projects are built for collaboration. You can add other users to your project and set their level of editing privileges. You can also connect source code (external repository) to a project. This is useful when testing generated code in Docker Containers.

The Design mode of a project is where you layout and define your component-based system. You can view and model systems hierarchically by describing components, their interfaces and the way they connect together. The left-hand side displays a tree of each component and transform in your design. The stage on the right is where you drag and drop design elements and define connections. The Build mode of a project is where you turn your system design into code. Downloadable interface code is generated based on the components and connections included in your design. You'll be provided with source code that can be used as an API to integrate different pieces of software. The Build mode is also where you can compile generated artifacts and supply a Dockerfile in order to test your design later, in Run mode. 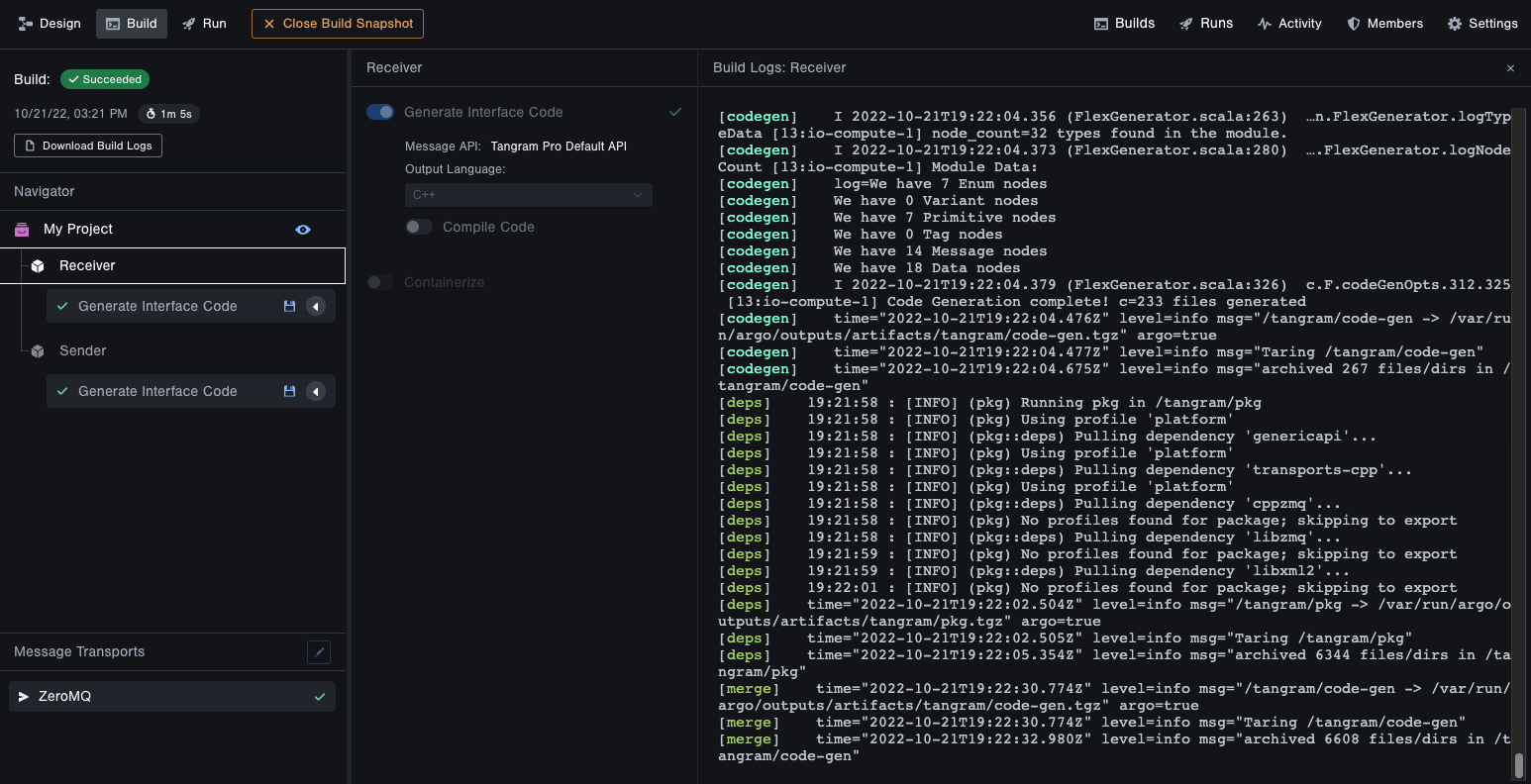 The Run mode of a project is where you can take your generated code for a spin. Tangram Pro™ uses the Dockerfile you provide when configuring your Build to create a Docker image and push that image to the Tangram Pro™ Docker registry. During a Run, Tangram Pro™ uses those images to run containers in it's own infrastructure while streaming logs back to you, so that you can quickly and effortlessly watch your code in action. 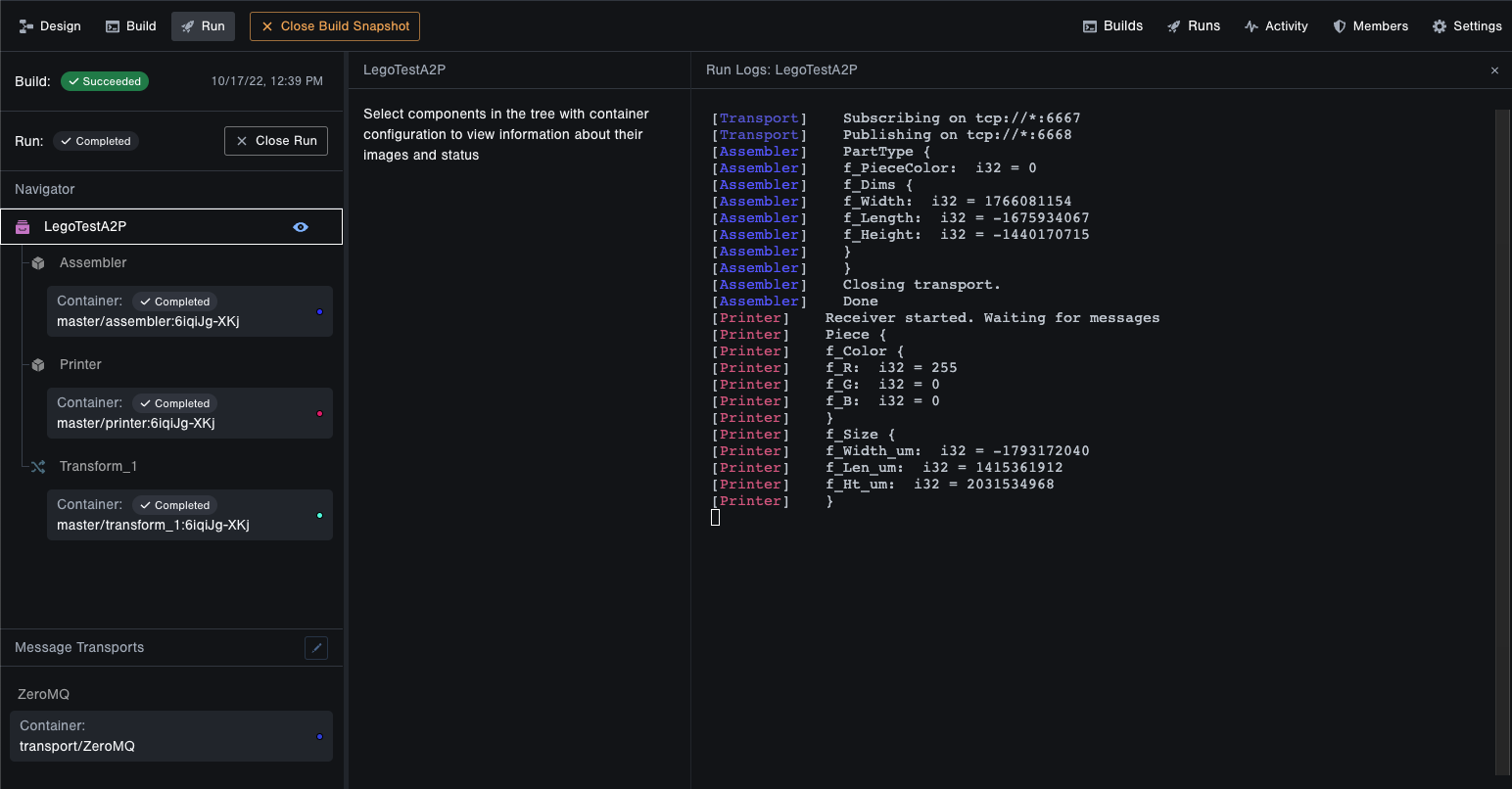 Teams are groups of users who work together on Projects and Flex code. The Teams page displays all of the teams to which you belong. You can manage the users and settings for the Teams that you've created.

Activity will display a chronological list of your actions and your team members actions such as when a project is created or a design is updated. This allows you to see a record of when resources are modified and which user has modified them.